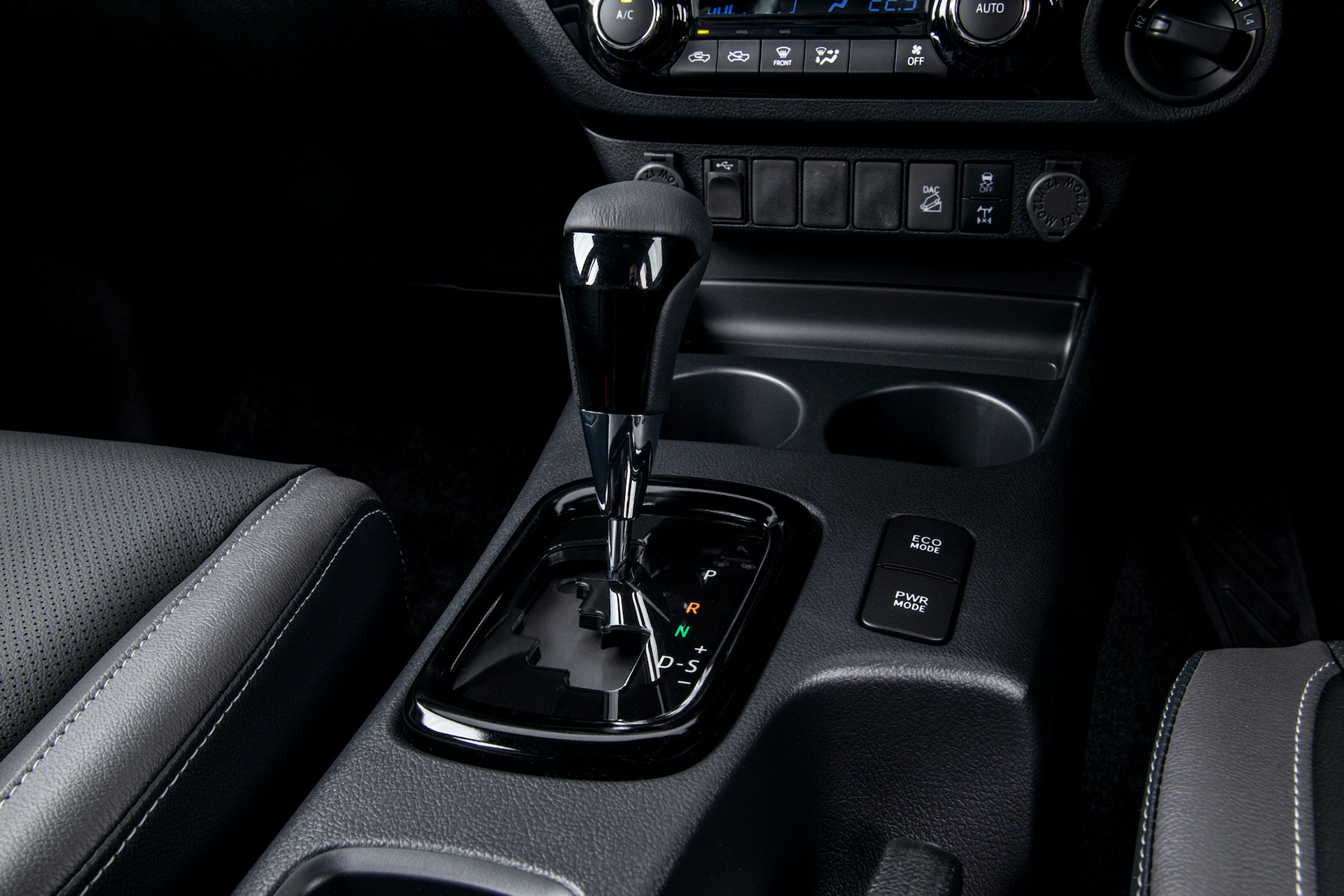 Expectations are attached to any vehicle that wears the Hilux badge, and they run deep. Toyota is not a novice in developing products specifically designed for the adventurous. The brand has been fine-tuning its contribution to the off-road segment for close to five decades. It was inevitable that Toyota would begin turning its attention towards aspects of tech, innovation, and comfortability, and not just rely upon this range's famous off-road performance.

The Toyota Hilux range may be subdivided into three families, each with a different range of extras and variants. With this review of the latest specifications from the new Toyota range, we will explore what each of them has to offer its customers.

To review the latest specifications available for the Toyota Hilux Range, please view the Youtube videos below: 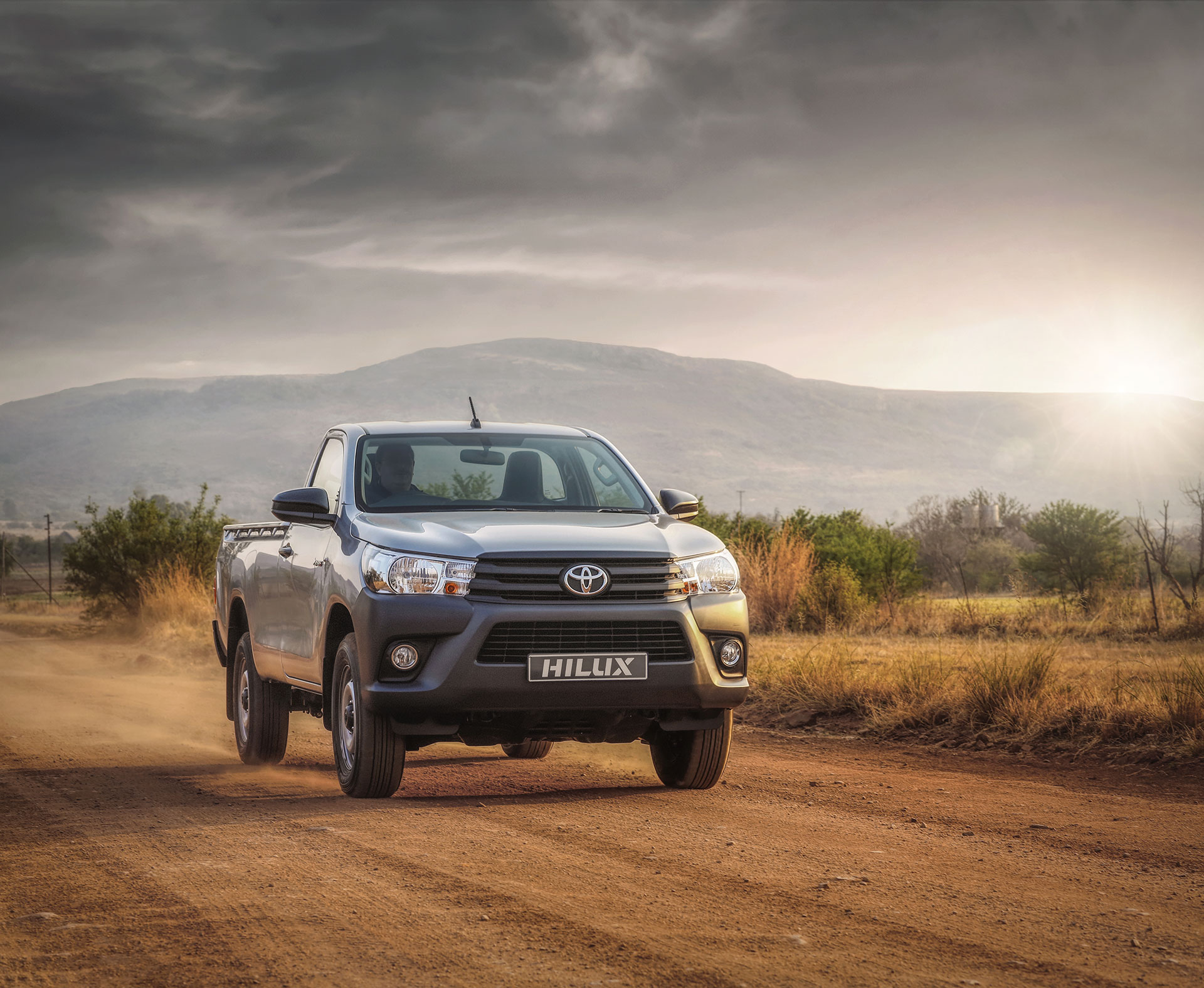 There is nothing to underestimate when we peruse the specifications offered by the new Toyota Hilux Single Cab. This new range offers 13 different variants on offer for Toyota customers. These include

Toyota has emphasized on enhancing this range’s overall performance. The 2.4-liter engine has been equipped with additional enhancements, whilst the 2.8-liter diesel engine has been improvements made towards its power ratio. The single cab range is also available in 5 and 6-speed manual transmissions and 6-speed automatic transmissions. Consumers also have the choice between 4x2 and 4x4 models, with an engine range from between 2.0l and 2.7l liter petrol engines, or 2.4l and 2.8l liter diesel engines.

Despite its famous reputation for off-road performance, the Toyota Hilux Single Cab can boast a more agile performance with the release of the new range. The suspension has been enhanced to minimize shock during the drive, and the range also comes equipped with several driving assist capabilities to assist drivers in any situation that could occur off-road. These features include Hill Assist Control and Trailer Sway Control, the latter of which keeps your trailer stable whilst it navigates crosswinds on the road.

The Raider family includes a wonderful dose of tech and innovation with the inclusion of the Multi-Information Display, which is a system that can be connected to the driver's smart device. For a full range of features included in the Toyota Single Cab Bakkie, download our brochure here. 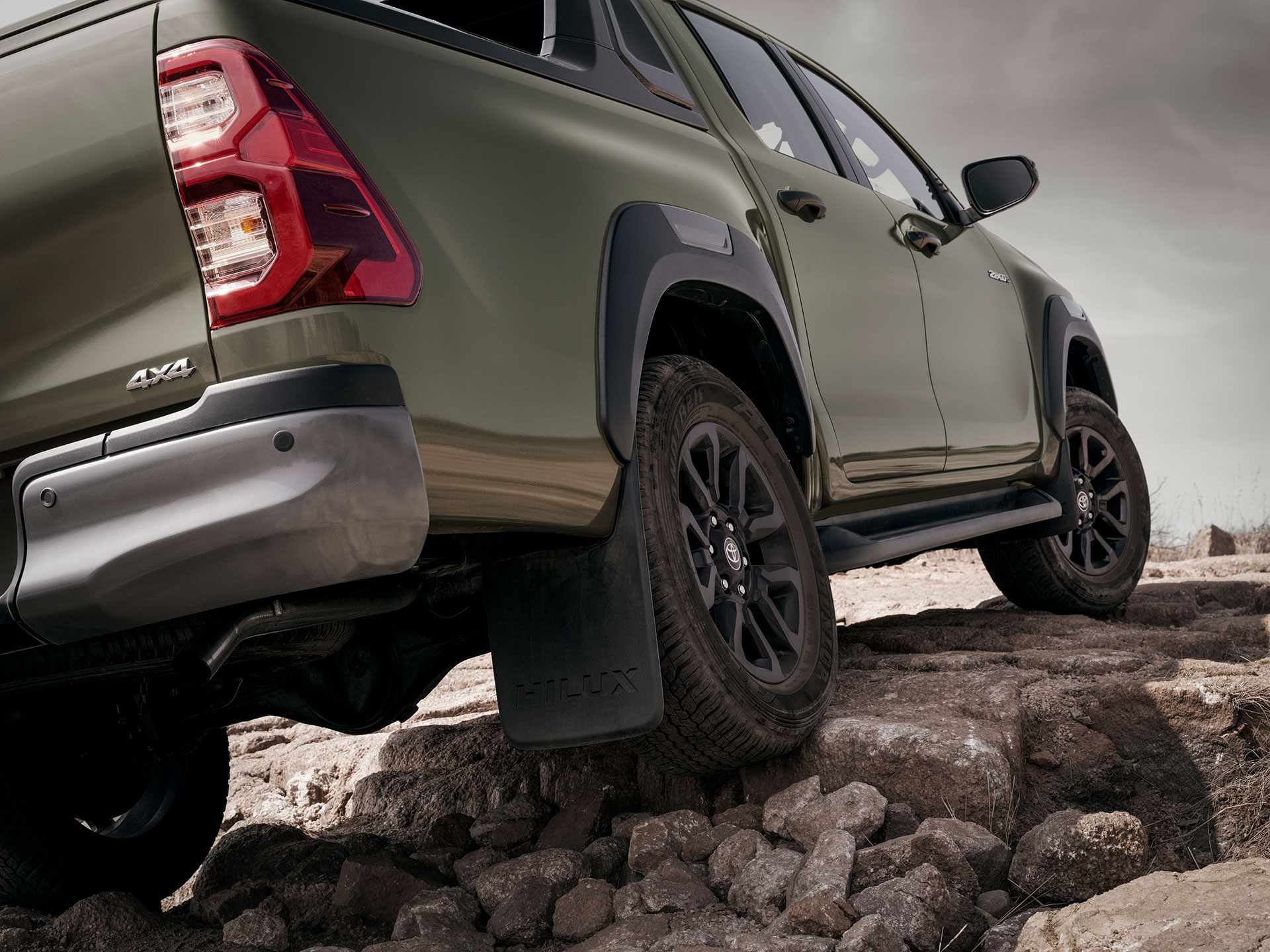 A more spacious cabin lent the Toyota Hilux Double Cab a more domineering presence on the road. With names such as the Raider and the Legend as part of the Hilux Double Cab family, this new range boasts a total of 17 variants. These include

The new range of Toyota Double Cabs embody the intention that the brand has with the new range.. There is more to the experience than simply having a workhorse or a runaround. There is an emphasis that has been placed on advancing the safety features of the vehicle, as well as uplifting existing interior and exterior specifications.

The Hilux Double Cab is an agile performer, currently available in petrol and turbodiesel engines, with a choice of 5-speed or 6-speed manual or 6-speed automatic transmissions. Depending on the variant that the consumer chooses, the model’s 2.8l turbodiesel engine can deliver up to 150kW of power. The 2.4l turbodiesel variant delivers a total of 110kW of power, whilst at the higher end of the range, the 4.0l V6 can produce 175kW of power. It is a testament to Toyota’s continued range of innovation with this range, that the level of output only increases.

Given the off-road nature of this vehicle, torque is invaluable. Throughout the range, the Hilux Double Cab comes equipped with torque from 376Nm to 420Nm. Amongst the driver-assist innovation, the Toyota Double Cab does well with a greater suspension to assist with any shock or vibrations that could be experienced throughout the drive. It also comes equipped with a limited-slip differential, which assists the driver in wheelspin scenarios. There is additional hill-assist control, as well as downhill-assist control. 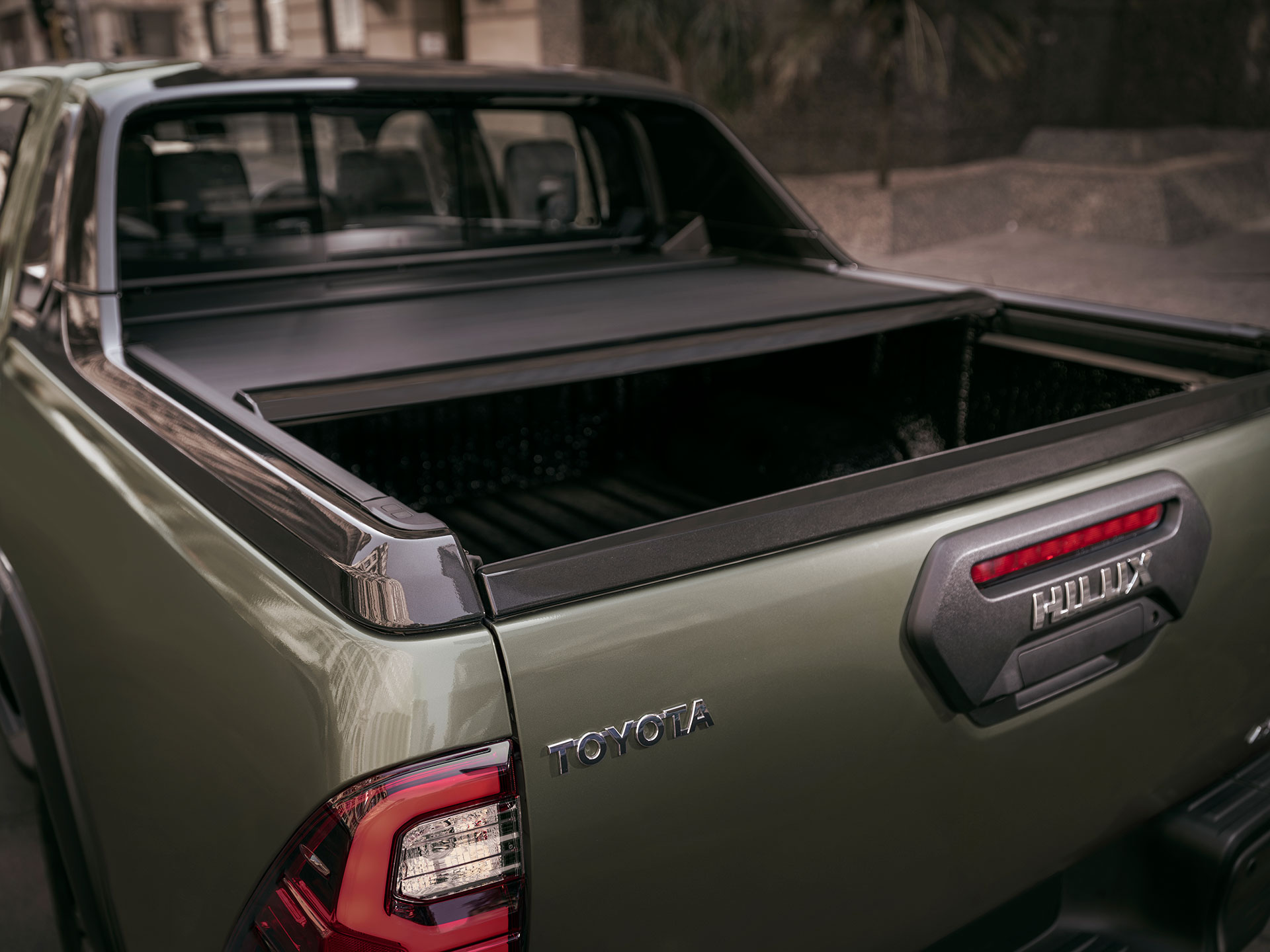 Performance aside, Toyota has done well to ensure that the Hilux Double Cab is injected with a good dose of tech. The brand is mindful to ensure that all passengers can link their smart devices to the multimedia system. Legend and Legend RS models in particular come equipped with an 8” touchscreen multimedia display. There is also an automatic dual-zone air conditioning system to ensure additional comfort for passengers in the cabin. For a full range of features that come with the new range of Toyota Hilux Double Cabs, please download our brochure here. 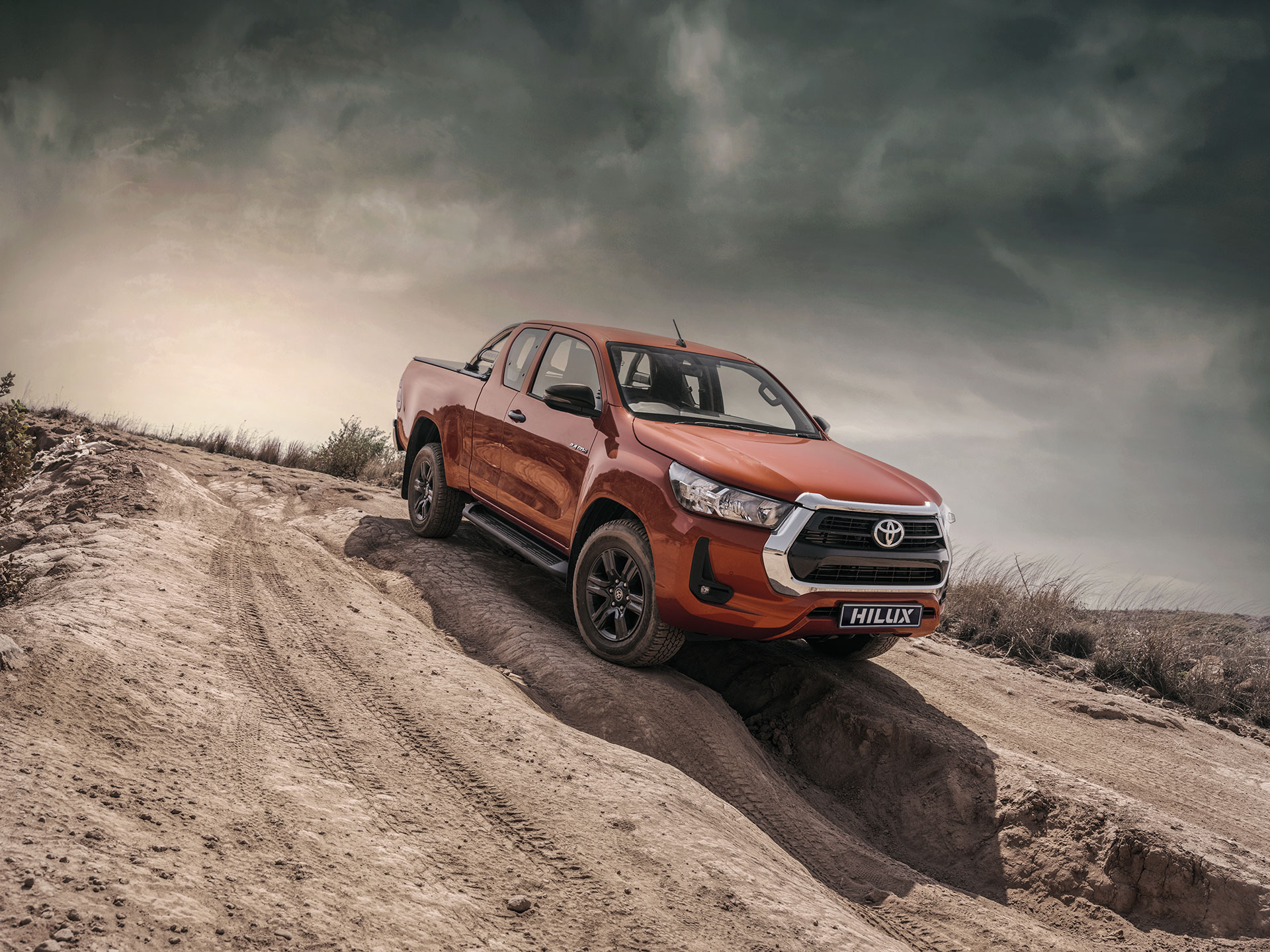 There is undisputed modernism with the updates that the brand has given its new range of Toyota Hilux Xtra Cabs. There are a total of 6 models available with the newly released models:

There is a bold exterior and presence about the new Toyota Hilux Xtra Cab, yet that should not distract from the heightened performance of the new range. It boasts an updated 2.8l turbodiesel engine that delivers 150kW worth of power. Towards the other end of the scale, the range comes equipped with a four-cylinder 2.4l turbodiesel engine that produces an output of up to 110kW. Additionally, Toyota has ensured that its upgraded engines are also economical, which is especially poignant in this time of rising fuel prices.

New models also come equipped with a stronger suspension system to better absorb shock on the road. Similar to the single and double cab, there is also an emphasis that has been placed on driver-assist innovation. These touches are designed to assist the driver in obstacles that could present themselves in off-road situations. Examples of this kind of innovation include trailer sway control, downhill-assist control, limited-slip differential, and hill-assist control.

There is additional convenience with the Raider variants, which have been fitted with 4-bulb halogen headlights and LED front fog lamps. In a similar vein, the Legend has also been fitted with fog and headlamps that a led-powered. 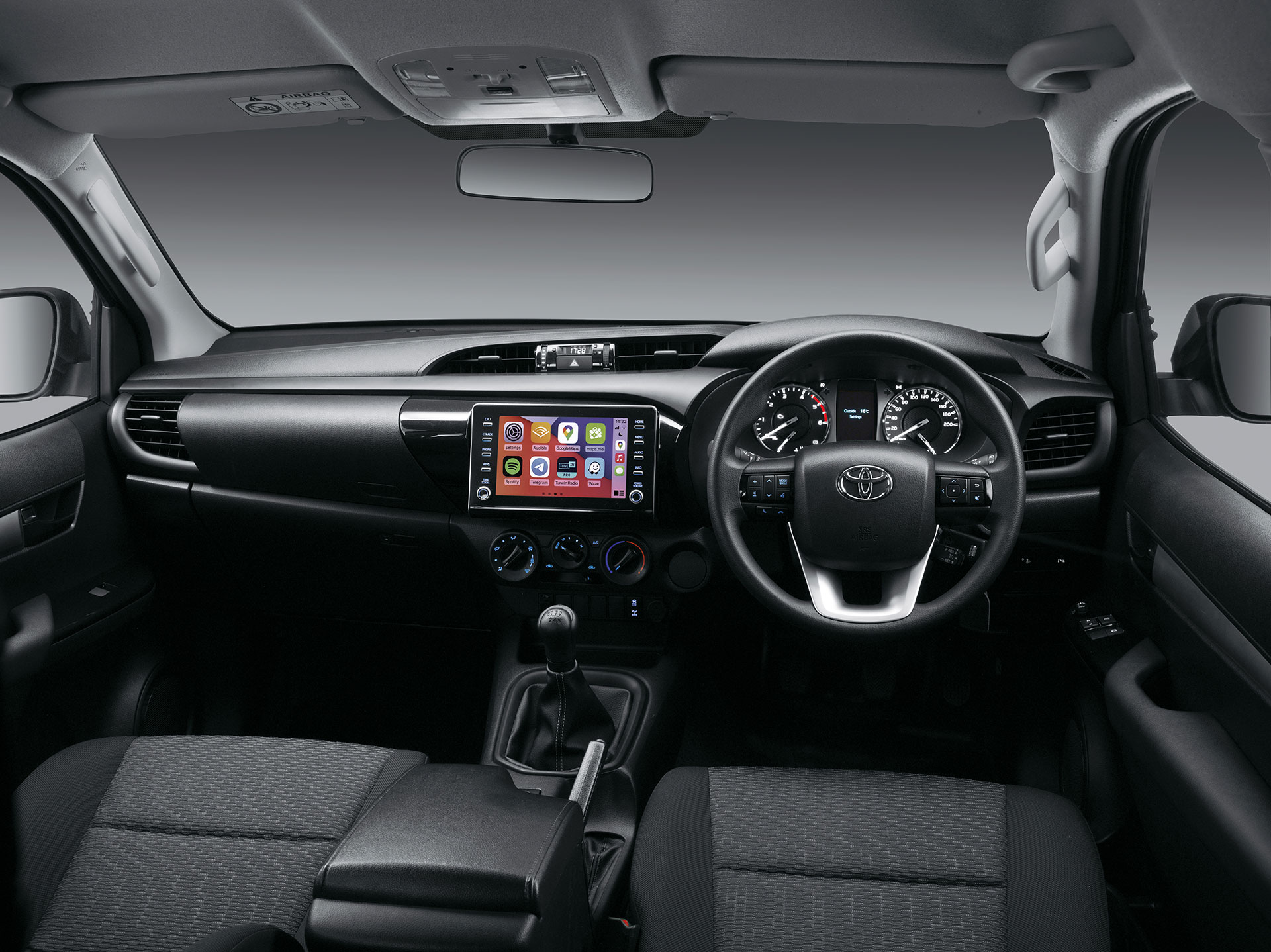 There is a wonderful juxtaposition between the strong exterior of this range, and the almost plush interior. In alignment with previous variants, this range also comes fitted with a multimedia system that allows users to connect their smart devices to it (via Android Auto functionality and Apple Carplay). For more information on the full range of specifications offered by the new Toyota Hilux Xtra Cab, please download our brochure here. Experience this new range in person by visiting the nearest approved CFAO Toyota Dealership near you. While you’re there, why not book a test drive?

Let us explore the performance and specifications of this wonderful new model a little more closely.

The new Toyota Hilux is a succinct blend of performance, technology, and a modernized exterior. Let’s have a look at the variants individually and note standout features. 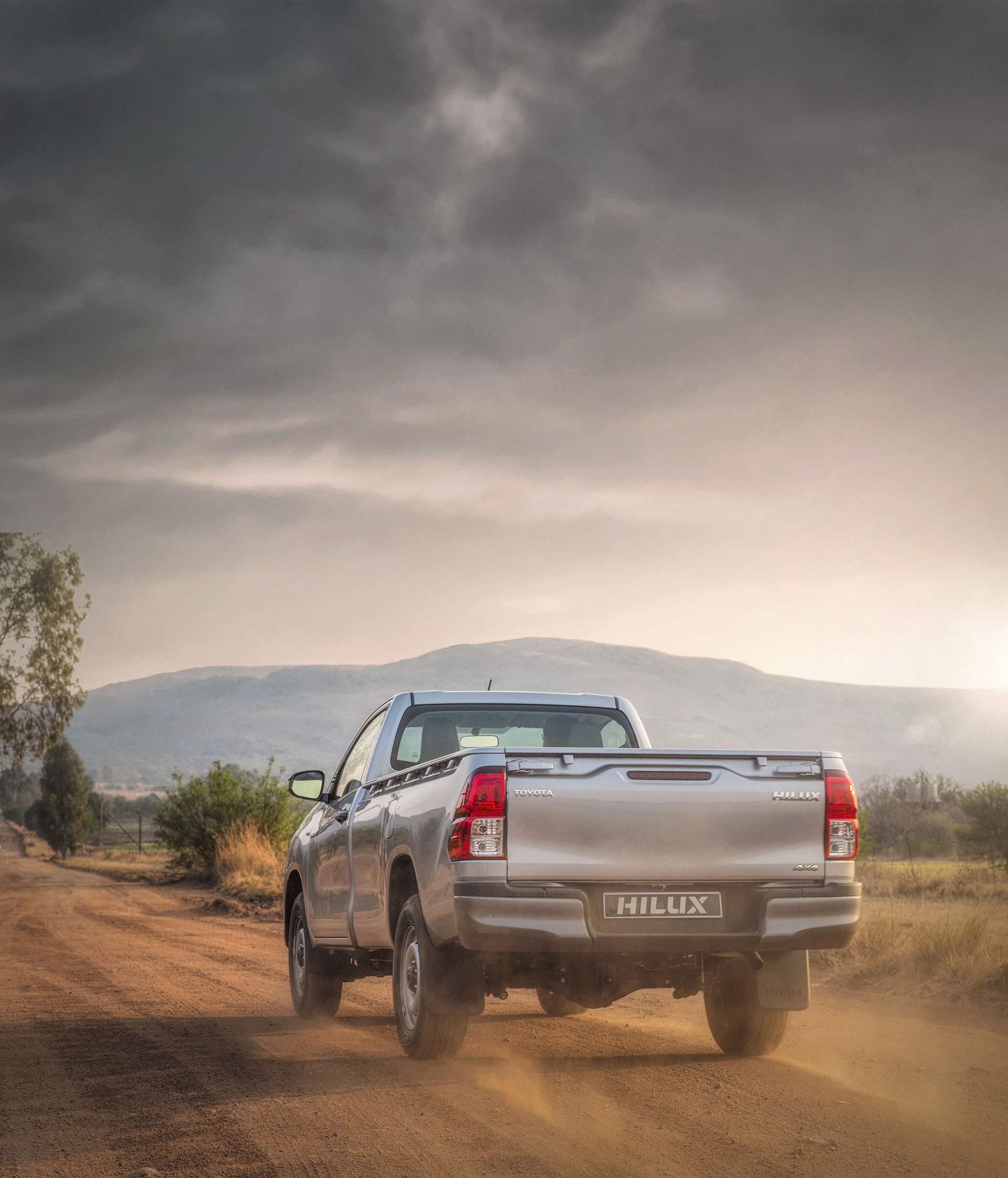 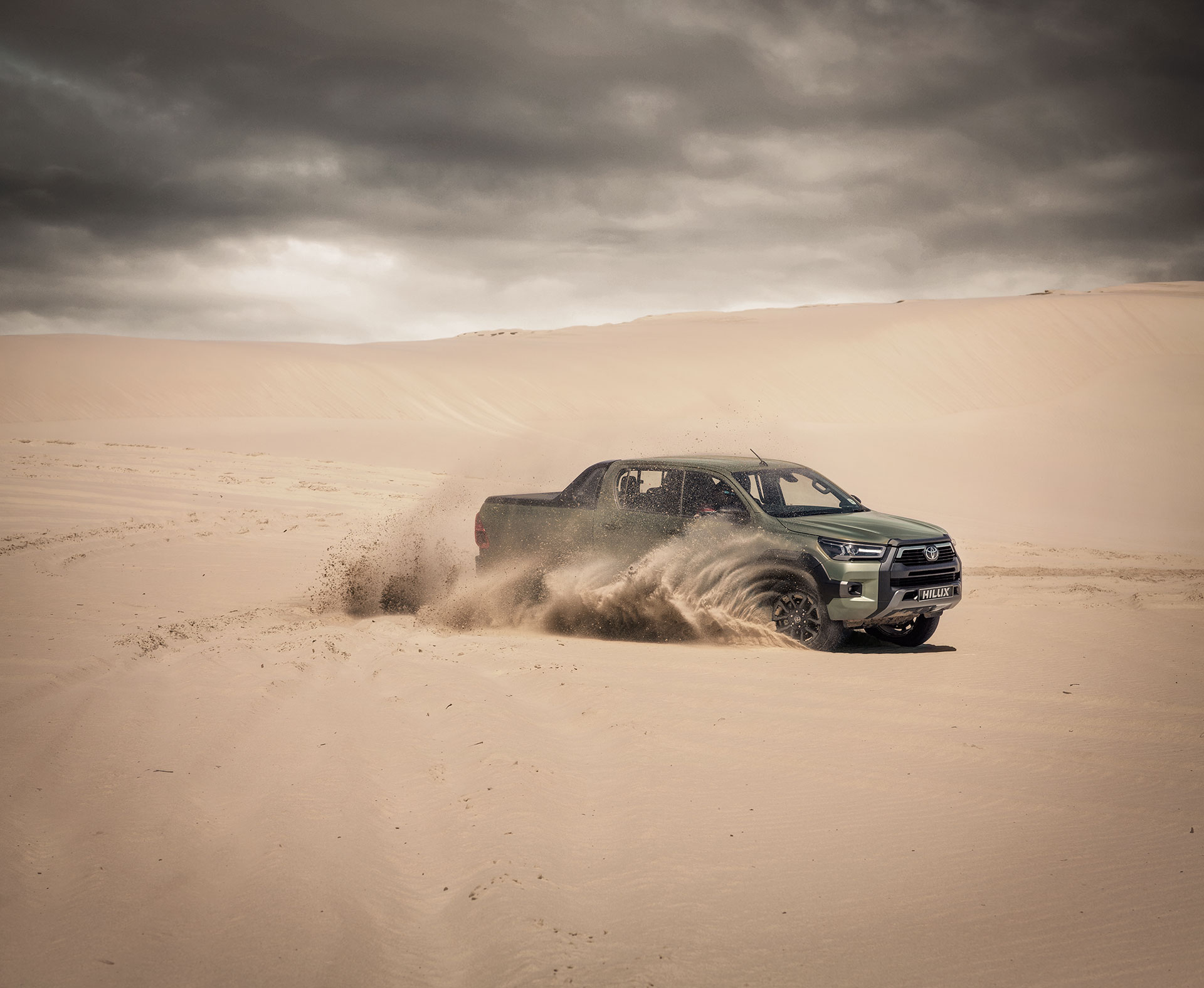 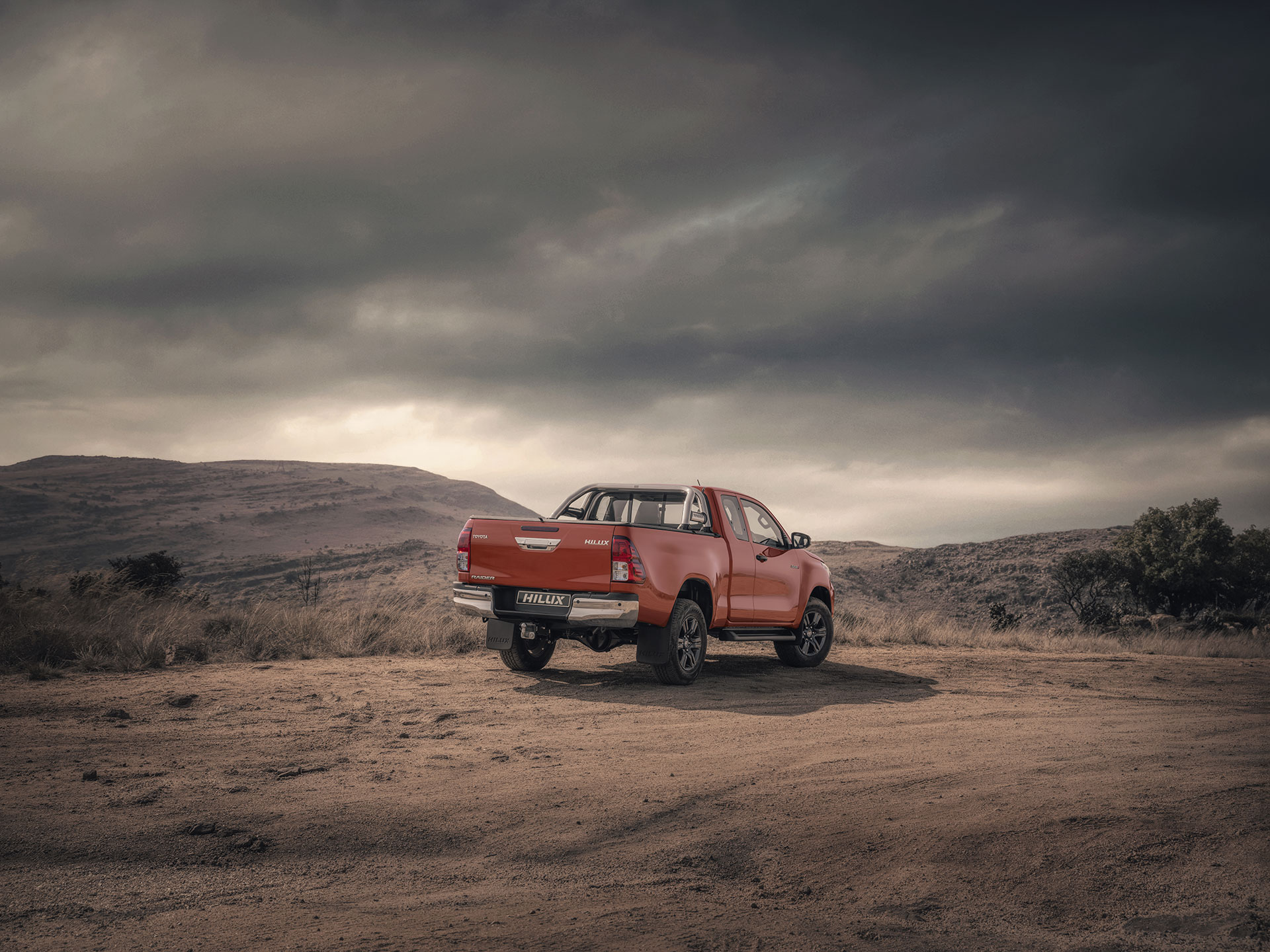 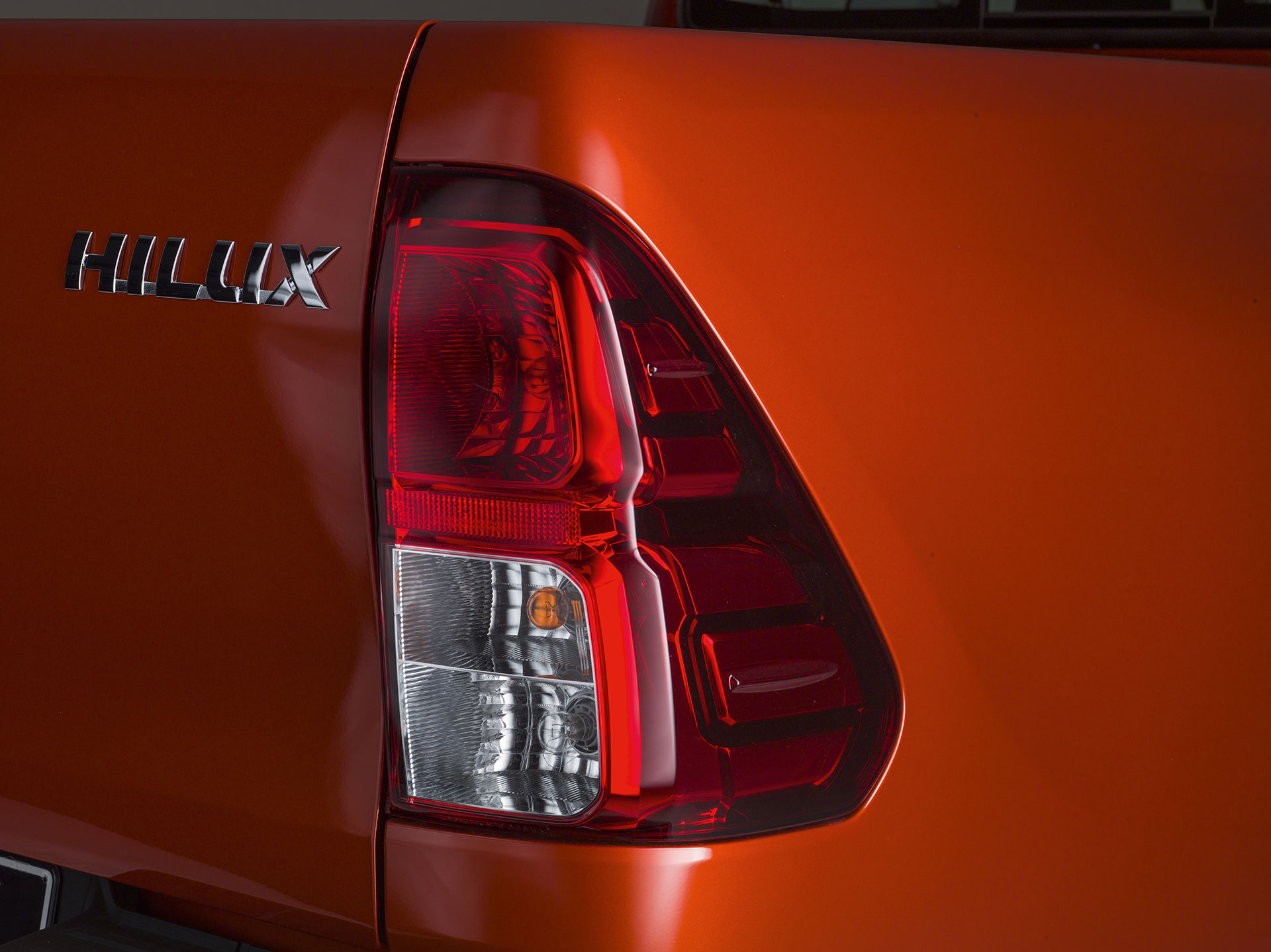 In terms of tons, how much weight is a Toyota Hilux Single Cab?

The Hilux Single Cab is one ton.

In terms of weight, how much can a Toyota Hilux Single Cab carry?

Is there a Toyota Hilux model that is noted as the most powerful?

A Hilux model names the Toyota GR Hilux may well be the most powerful diesel ute.

There is a great variety of options when it comes to the new Toyota Hilux. Which engine is considered the best?

The best engine is more dependent on the consumer, and what it is that they desire. For the more economical, opt for the 3.0-liter turbo-diesel engine. If this is not a factor, then opt for the 4.0-liter V6 engine.

How many people can sit comfortably in a Toyota Hilux Xtra Cab?

Within the cabin space itself, four adults should be able to be seated comfortably.

Embedded in the consciousness of many South African motorists is the legacy that is the Toyota Hilux. Whether it be for its renowned off-road ability or for being peerless as a general workhorse, it is one of the most solid makes. It is a pleasure then, that Toyota continues to innovate and equip the new range with even more tech. It would not be enough to say that this advances the new models, it simply enlarges the distance between the Hilux and its nearest competitors. By a considerable amount.

Read More About The Toyota Hilux