Design Takes A Star Turn: Reviewing The Interior And Exterior Options For The Toyota Starlet.

Quick Links To The Interior And Exterior Of The Toyota Starlet

Overview Of The Toyota Starlet Interior And Exterior. 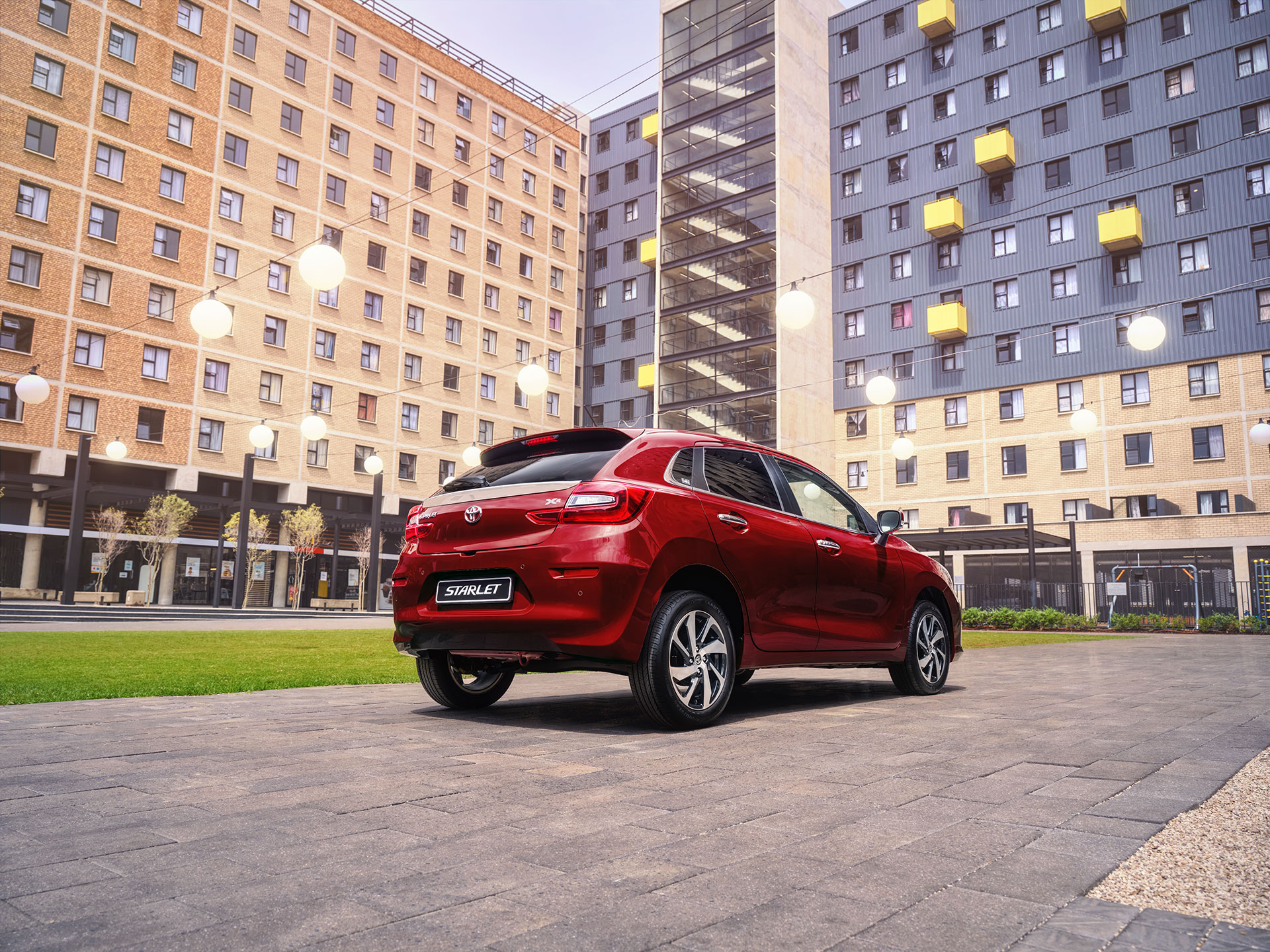 It was more than just an exercise in business savvy when motoring giants Toyota and Suzuki teamed up for a collaboration. The partnership not only birthed the new range of Toyota Starlet but also encouraged Toyota to adopt a welcome new range of interior and exterior aesthetics. The result is a bold effort that is present when we examine the exterior of the new range.

There has been a focus on the LED project headlights that are married with daytime running lamps and fog lights. The redesign is also clear in the front grille, which has enjoyed an update. Even the front bumper has felt the effect of the redesign. While the pricing of the Toyota Starlet allows it to fall under “budget motoring”, these nifty touches elevate the appearance of the vehicle to a premium brand. 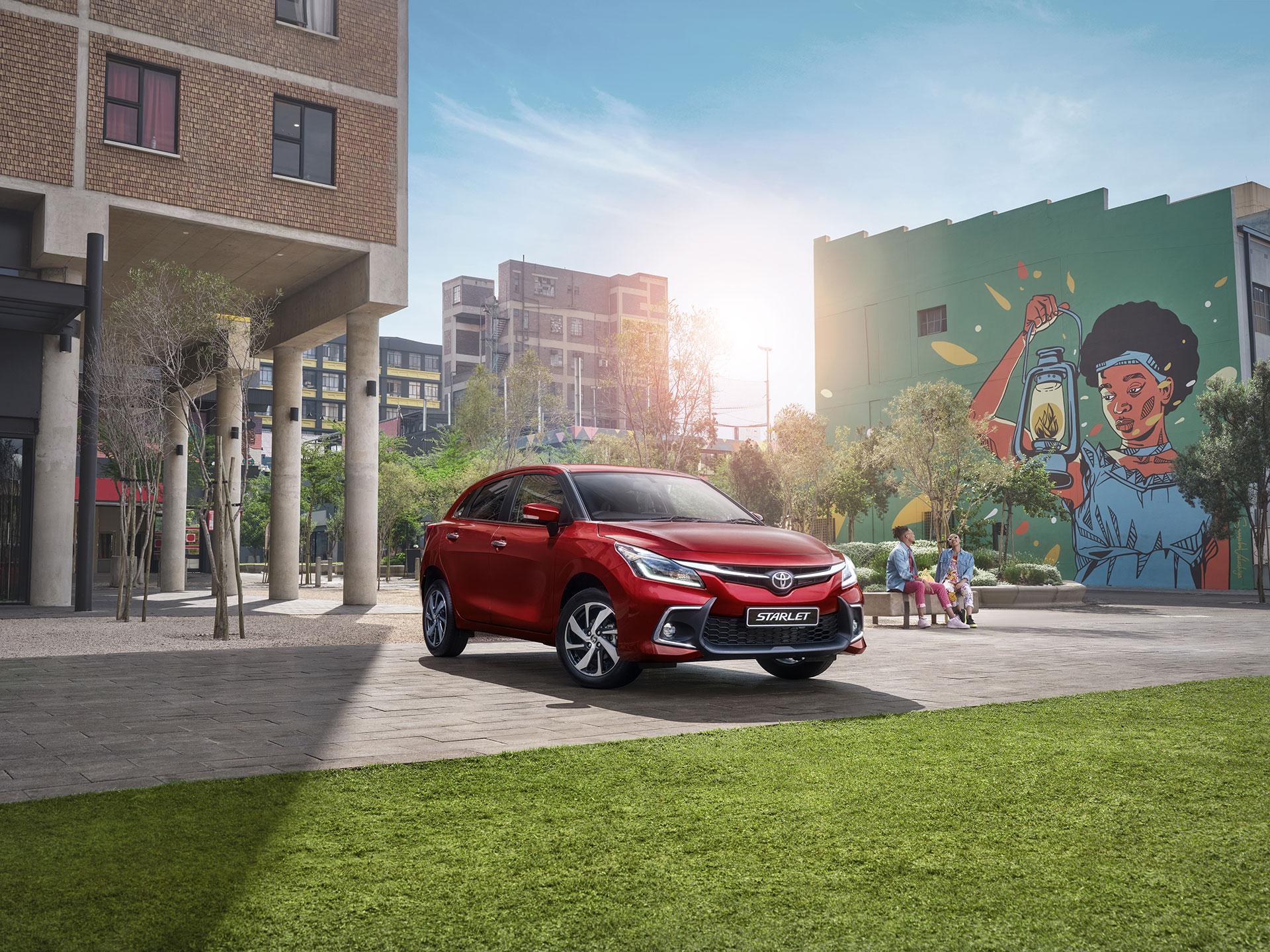 Attention has also been paid to the design on the side profile of the Toyota Starlet. It enjoys a sharper, more refined edge. This is complemented by the new range resting on 16” alloy wheels. This image is completed when we observe the model from behind, where the rear spoiler exudes a distinct racy feel. A thoughtful exterior feature that is also included, is auto-retractable mirrors. Toyota is known for its distinct emphasis on safety, and the mirrors are designed to fold inward when the occupant is parked. 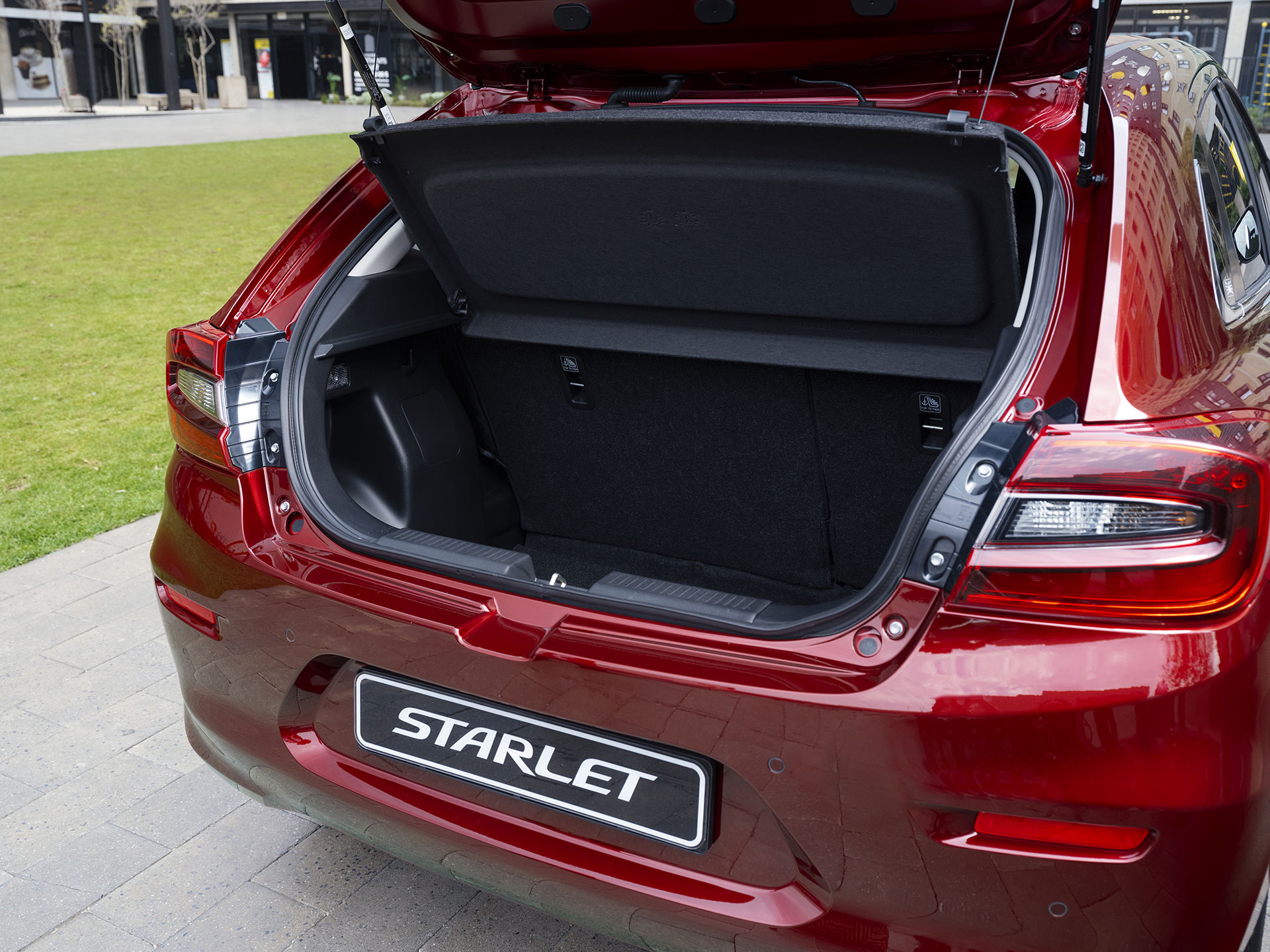 Three factors stand out when we observe the interior of the new range: Space, Innovation, and Safety. Reviews of the new Toyota Starlet speak on the obvious emphasis that Toyota has placed on ensuring sufficient head and legroom. Not just for the drivers of the vehicle, but the occupants as well. The split rear seat allows customers to load longer objects and the boot space comprises up to 314 liters of space. 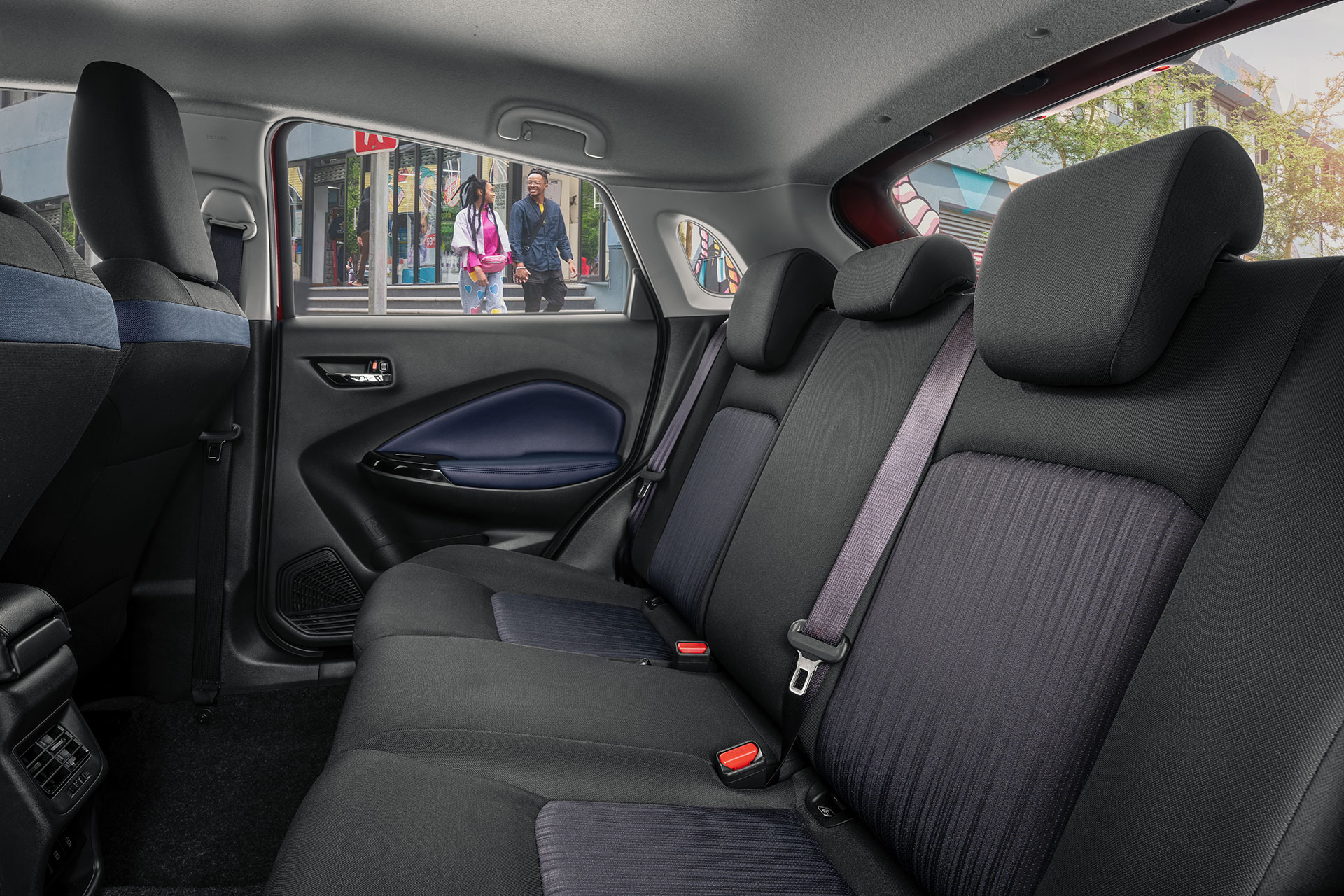 The interior view of the Toyota Starlet resembles a tech hub. Toyota clearly intends to make every trip unforgettable with the inclusion of a Display Audio Touchscreen which enables users to connect their devices to Android Auto and Apple CarPlay. The range also features Bluetooth and USB connectivity throughout the vehicle. The Toyota Starlet comes standard with Toyota Connect, which links to your MyToyota app. Additional interior features include in-car Wifi, and the ability to access your Digital Logbook.

Comfort was also a clear factor that came into play with the inclusion of 3 USB ports that assist with on-the-go charging. All-round electric windows and automatic air conditioning ensure that occupants are as at ease, as they are entertained. 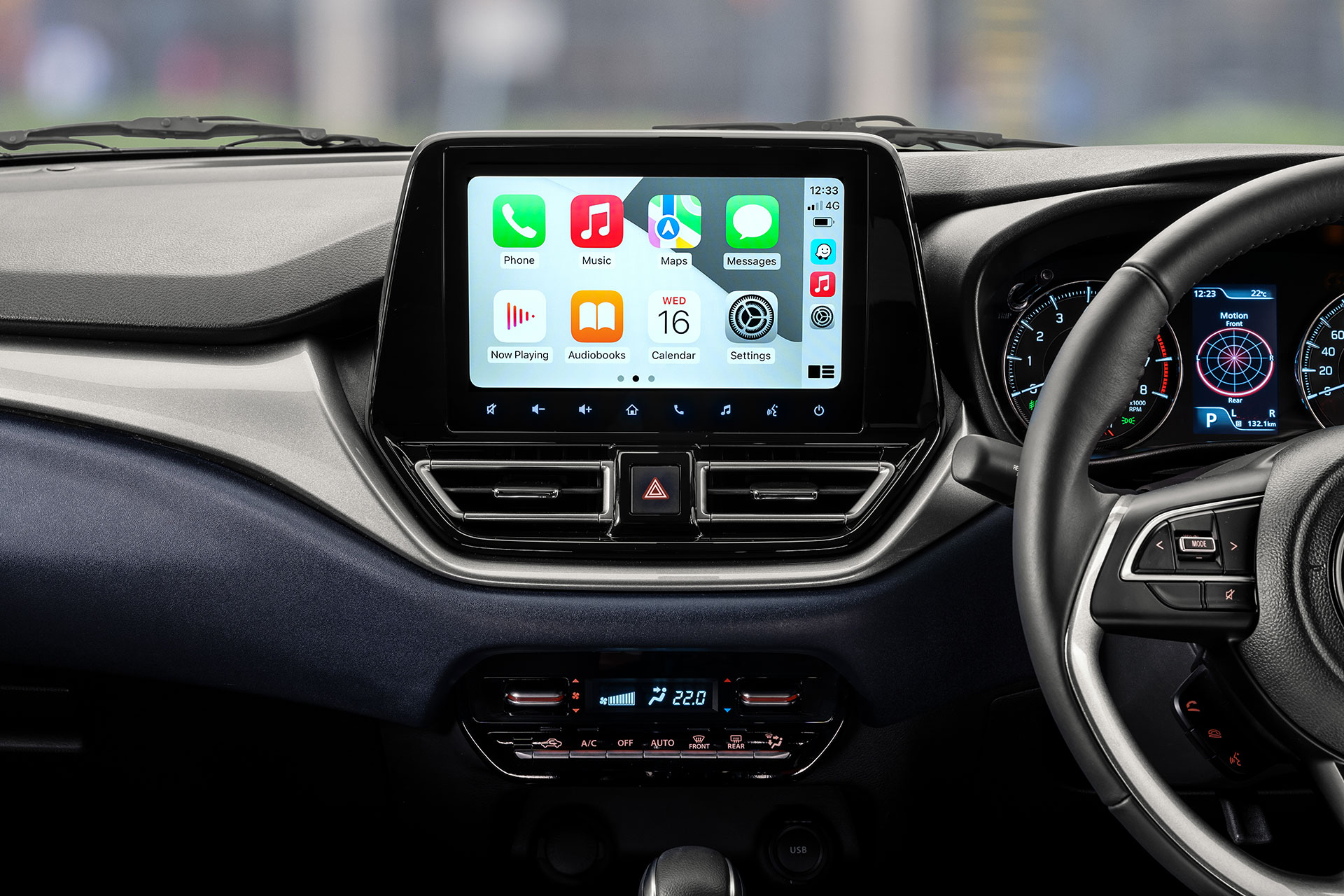 To obtain a full view of the interior and exterior specifications of the new Toyota Starlet range, download our brochure here. By locating your nearest approved CFAO Toyota Dealership, you can also book a test drive. Experience this new addition to the Toyota family for yourself. Let’s explore the models in the range more closely. 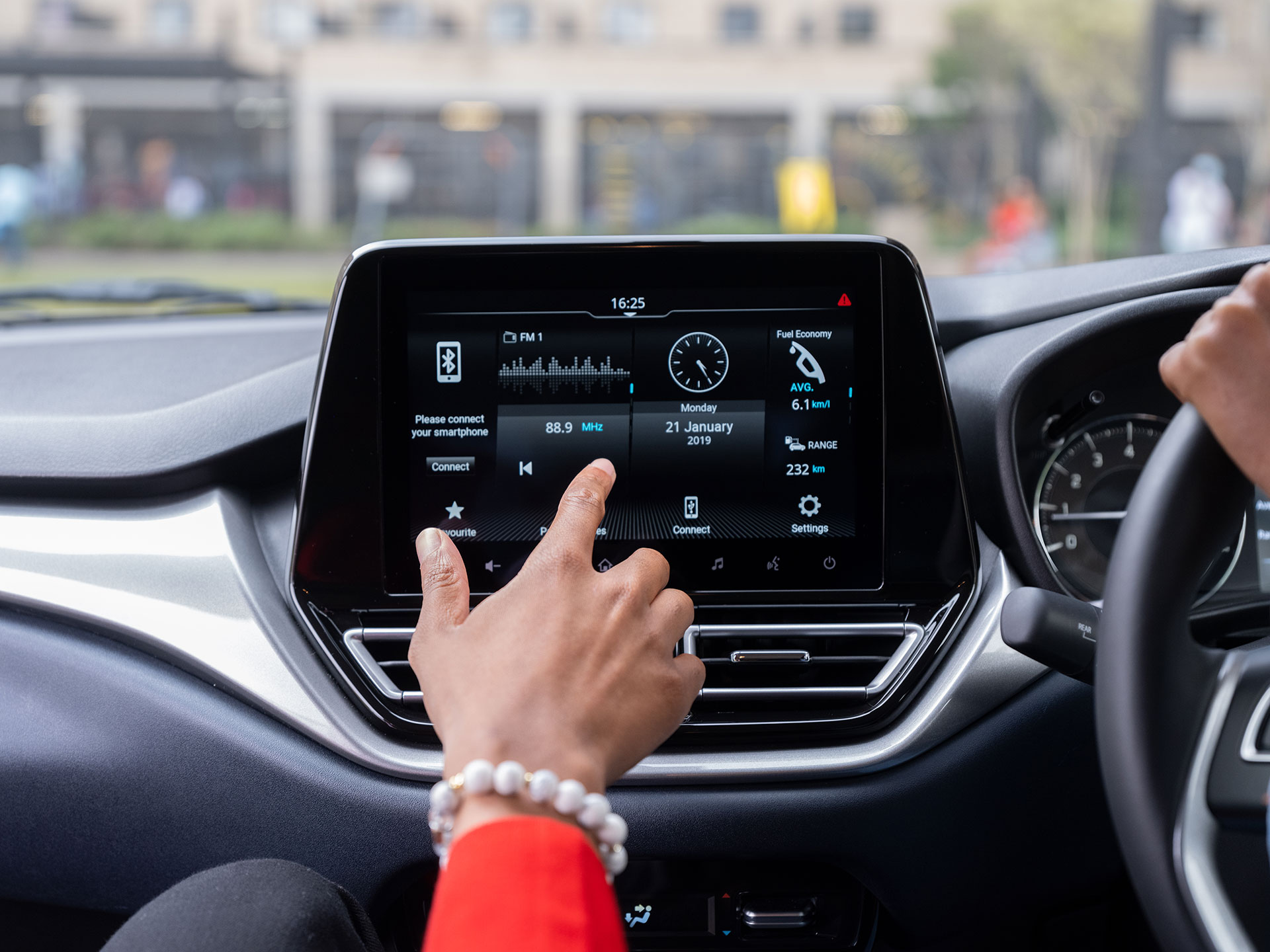 Interior And Exterior Options For The Latest Toyota Starlet Range. 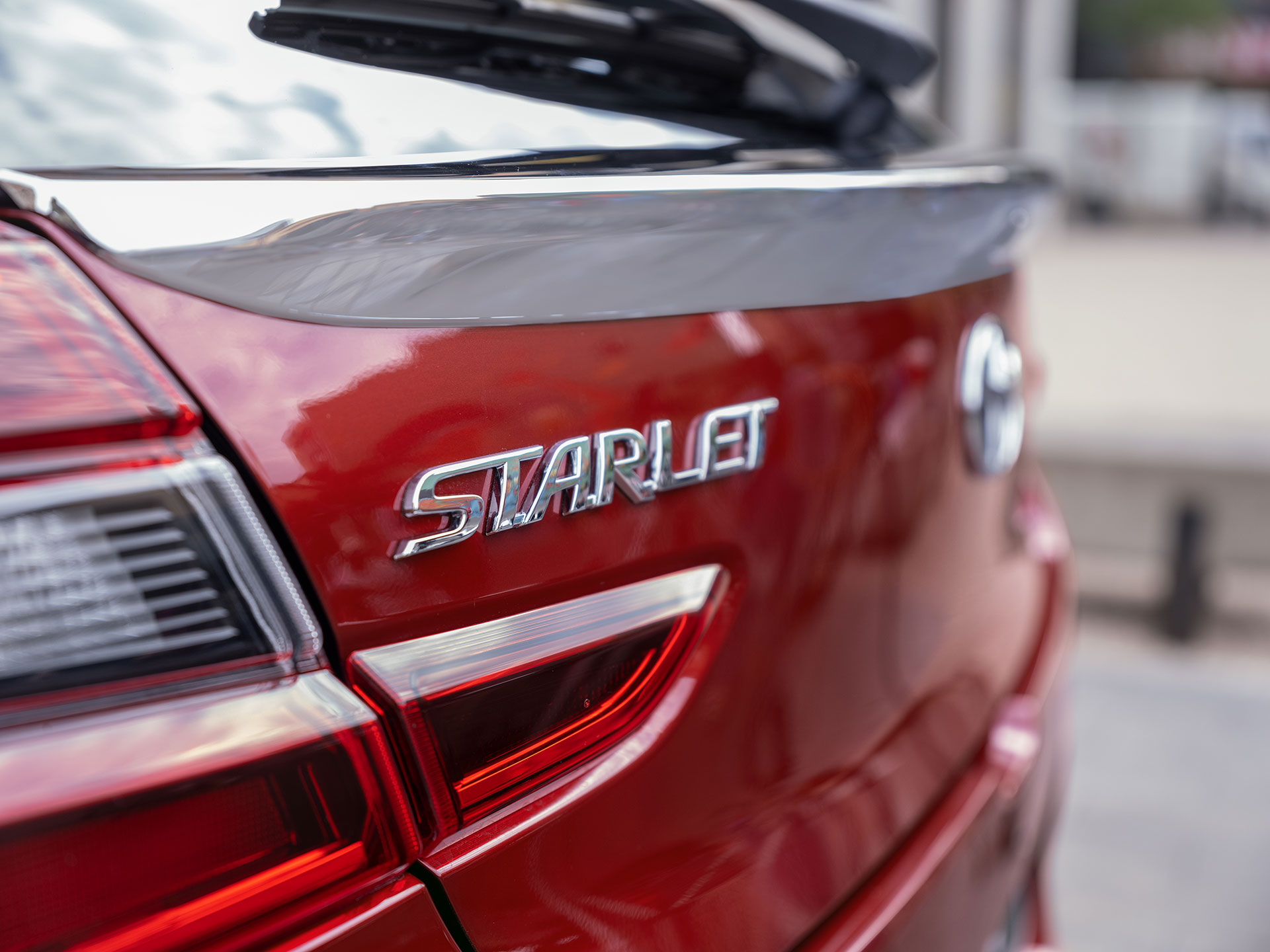 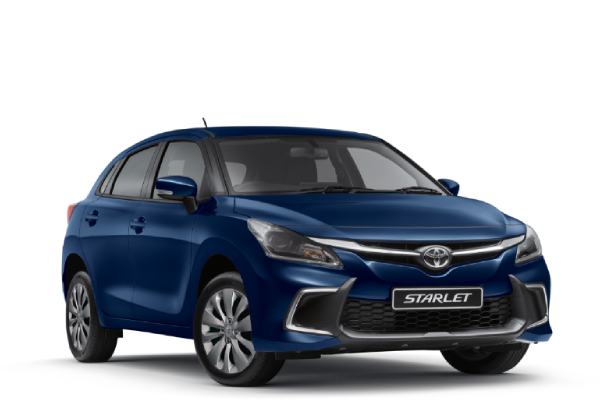 The entry model to our range, the Toyota Starlet 1.5 Xi, is laden with standard safety and interior features such as 60:40 2nd row seats and an anti-theft system. 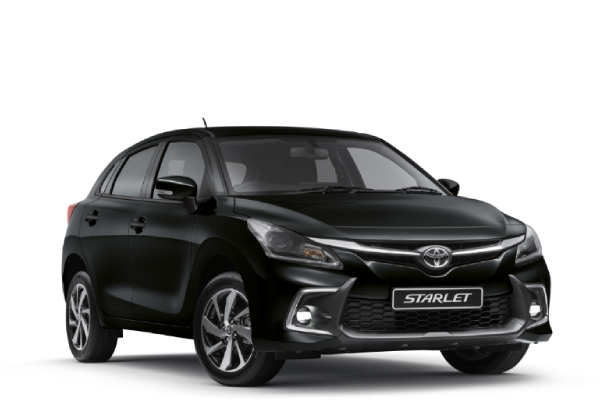 The second model in our range, the Toyota Starlet 1.5 Xs, weighs in with power steering and driver and passenger airbags. 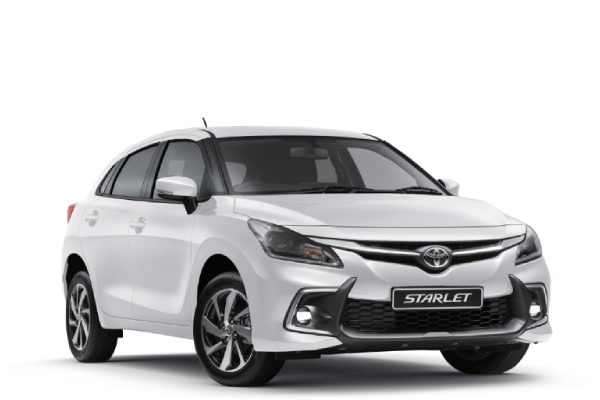 Third in our range is the Toyota Starlet 1.5 Xs A/T, which has a deft colour-coded front bumper and 4 speakers.

Experience all that the new Toyota Starlet has to offer in person by booking a test drive at your nearest approved CFAO Toyota Dealership. 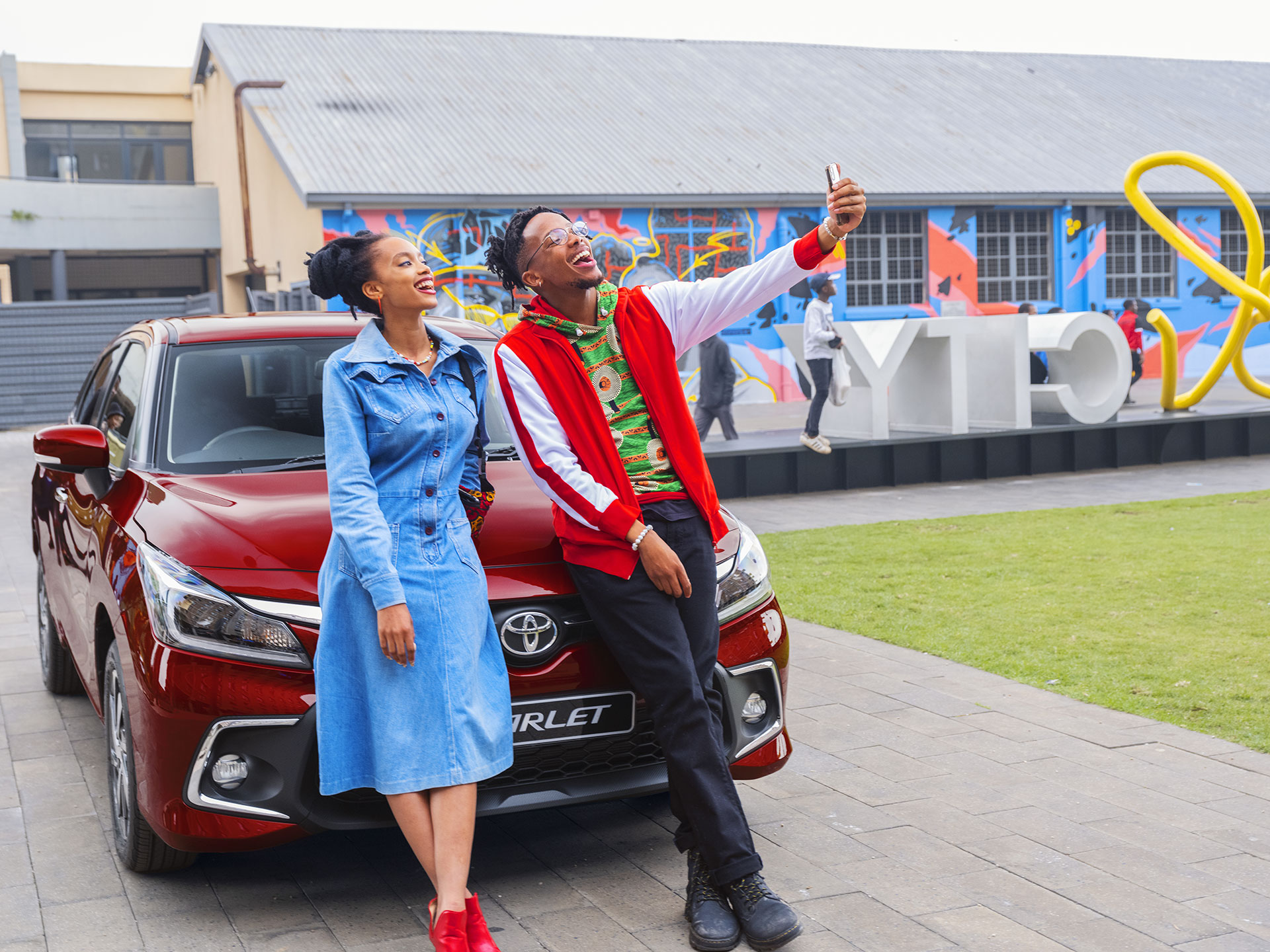 Is the Toyota Starlet a good option?

The overall verdict is that the Toyota Starlet is a great vehicle to purchase. Factors such as style, safety, innovation, and space make it a solid option for those in the market.

Can the Toyota Starlet be regarded as a small car?

It may be regarded as a small vehicle, however, the Toyota Starlet impresses with its interior space. There is more than sufficient legroom for drivers and their occupants.

Is the new Toyota Starlet a true Toyota?

The launch of this new series marks the beginning of a collaboration between Suzuki and Toyota. The range may not be regarded as a 100% Toyota product, but its popularity in the market indicates that drivers do not mind in the slightest.

In what colours are the Toyota Starlet available?

Does the new Toyota Starlet come equipped with a reverse camera?

All models in the new range come standard with reverse camera monitoring. It is installed in the infotainment system.

A Welcome Dash Of Personality:

We cannot accuse Toyota of unfounded ambition with the launch of the new Toyota Starlet. The span of innovation and nips and tucks to the interior and exterior have been met with enthusiasm by the market. The new range is proof that a manufacturer founded on the ethos of reliability and stability can also inject its brand with a welcome dash of personality.

For more information on the interior and exterior options for the new Toyota Starlet, download our brochure here. Alternatively, feel free to contact us:

Learn More About The Toyota Starlet: